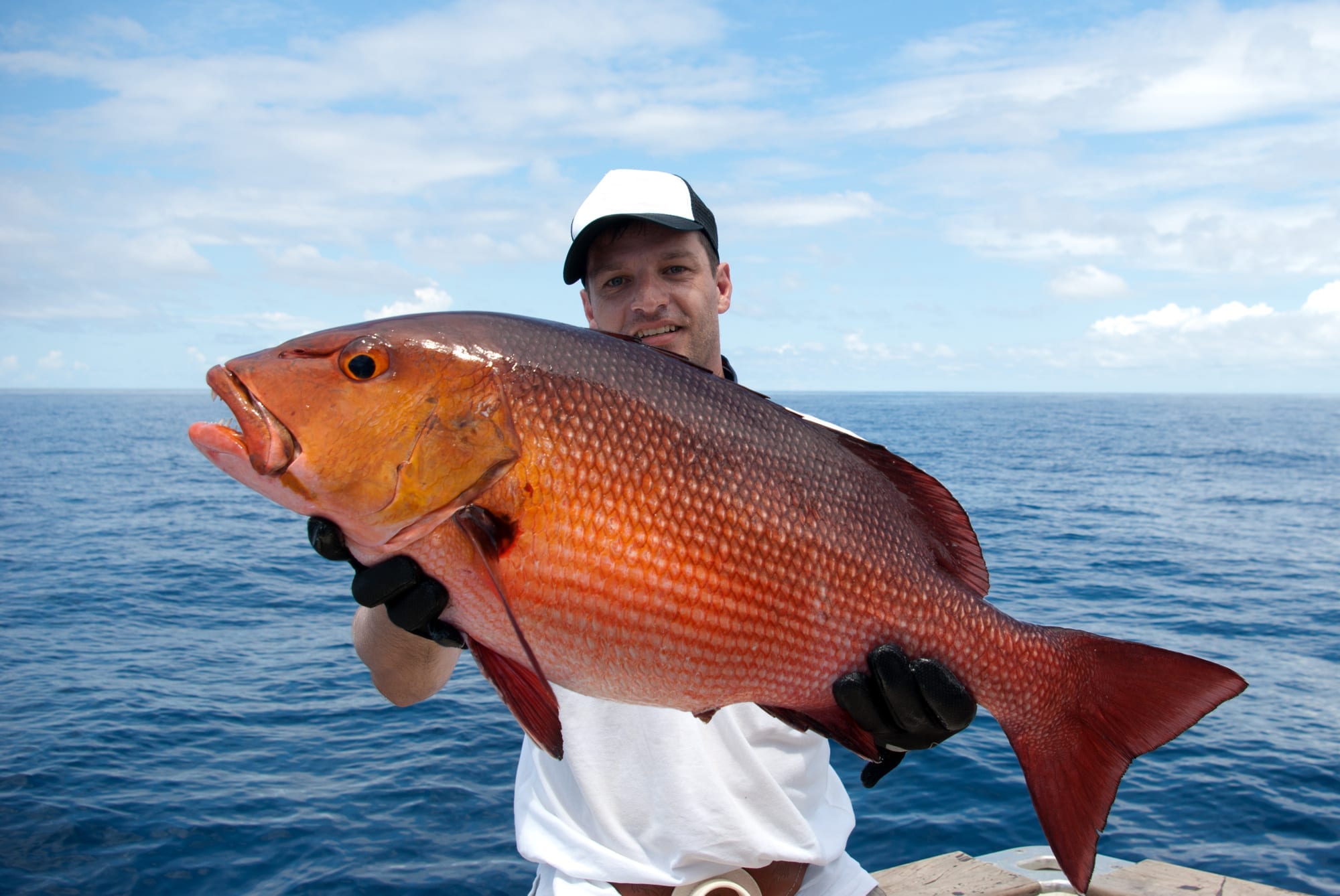 Alabama’s Gulf Coast is home to a wide variety of marine life. Whether you’re chartering a boat to venture off into deep blue waters or you’re staying close to shore, you’re sure to come across all kinds of fantastic and diverse fish. Here are 4 popular Alabama fish.

If you’re chartering a boat in hopes of catching some of those prized Alabama fish, then you’re bound to have an unforgettable time. And by knowing what the most popular Alabama fish are, you’ll be able to better prepare yourself for a more successful angling experience.

Are you interested in learning more? If you are, then keep on reading and we’ll walk you through the top Alabama fish that you need to know about!

Common red snapper sizes range from one pound to eight pounds. However, don’t be too surprised if you find one that weighs as much as twenty pounds.

This fish tends to be rosy red in color. Red snappers can definitely put up a fight. They like to use strong, head-shaking maneuvers as opposed to long runs.

Some red snappers like to stay around relatively shallow waters. For these fish, you can use light ocean tackle.

If you’re out on a charter boat, you’ll probably want to use deep drops in strong currents. This means that you should be using strong lines and heavy rods.

When it comes to bait, dead cigar minnows or pilchards can serve you well. Live small baitfish will be more useful in areas that are heavily fished.

The triggerfish tends to be a uniform dark gray in color. Sometimes, especially in smaller ones, it will also feature dark blotches on its sides.

These fish tend to weigh between one and three pounds. They have tiny mouths that are full of parrot-like teeth. Because of this, your rigging is going to be extremely important.

You’ll need to use very small number four or number six hooks. When it comes to bait, it should be pint-sized. A dime-sized piece of squid mantle or just one squid tentacle cut in half will make good bait.

You want to tie your hook to a 15-pound test line with no leader.

It’s usually not that hard to find triggerfish. In fact, many times anglers will come upon them by accident. Triggerfish tend to congregate around structures and under flotsam, such as buoys, buckets, and logs.

If you spot a triggerfish near the surface, then you should slowly pull within casting distance. Then, flip your bait near the fish.

Usually, the triggerfish will come rushing out from under their cover to attack the bait. However, you don’t want to drop your bait right over the fish because the splash can scare them away.

Colloquially known as “Reef Donkeys,” amberjack may not be the most beautiful fish out there but they sure put up a spectacular fight.

They’re overall golden or brown in color. They have heavy bodies and a dark oblique line that runs through the eye and ends at the dorsal fin.

Schools of young amberjack are common at five to twenty pounds. The average size of amberjack over reefs is between thirty and sixty pounds. However, you may find some that weigh more than 100 pounds.

The amberjack is a strong and punishing fighter. It defies lifting and powers deep. Early in the fight, they may employ long runs.

Not only are amberjack strong but they also have incredible stamina. An amateur angler may end up wrestling with Amberjack for an hour or longer.

These fish tend to be caught aboard charter boats on heavy rods and reels. You should be using lines testing 50 pounds or more.

If you’re an experienced light-tackle angler, you should be able to successfully overcome amberjack with spinning and baitcasting rigs.

In the water, cobia might look a lot like sharks. They are usually dark gray or brown and have whitish undersides. They also have a dark stripe that runs from their gills to the base of their tails.

These fish tend to weigh between twenty and fifty pounds but can also weigh as much as eighty pounds or more. It’s important to know that cobia are strong and unpredictable fighters.

Cobia tend to go on long and fast runs. They can also fight deep with a lot of stamina. Many cobia, however, will save their strongest fight for after they’ve already been reeled onto the boat.

For pier fishing and boat fishing, surf tackle is going to be your best best. Cobia are notorious for wrapping lines around wreck structure and buoys. So you should use 30-pound test line or heavier to make up for this.

Once you’re clear of obstructions, it shouldn’t be too difficult to reel in cobia with baitcasting, spinning, and fly tackle.

The Importance of Knowing About the Most Popular Alabama Fish

Hopefully, after reading the above article, you now have a better idea of what the most popular Alabama fish are. If you’re like us, all this talking about fish has only made you more excited to hit the water and see what fish you’re able to catch.

If you’re looking to charter a boat in Alabama and go angling on the Gulf Shores, then contact us today and see how we can help you!